Water for Gold tells the alarming story of how international trade law is leading us to trade our most basic rights to clean, safe water for access to gold.

In Water for Gold, leading legal academic and anti-TPPA activist Jane Kelsey describes the ISDS through the case of Oceana Gold versus El Salvador. She is accompanied by black and white multimedia animation, which taps into the dream-like space in which abstract, conceptual information interacts with the real world. 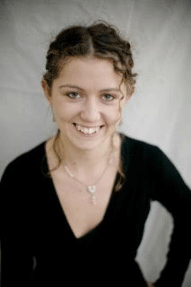 Rose is a young Auckland-based director. Since finishing her BA in history and psychology from the University of Auckland, Rose has worked with Candlelit Pictures, initially learning the ropes in the film industry through production managing and producing music videos, before moving into developing her own documentary-based projects.

This year Rose has been focused on making her first two documentary projects, Beautiful Democracy and Water for Gold. Beautiful Democracy is a short documentary exploring the grassroots activist movement surrounding the Trans-Pacific Partnership Agreement, while Water for Gold examines a key way in which corporate control is stripping away our fundamental rights, through deals like the TPPA.

Rose is driven by the desire to make work that can create real change and empower people. She has had a long standing interest in social justice and human rights and is inspired and impassioned by making work that connects with and promotes these themes.

Sandani Wijetunge is a young Auckland-based producer. Since studying at Unitec in 2013 she has worked extensively with Candlelit Pictures as production coordinator and producer on a number of music videos. Her passion is for social justice based projects, and she aims to be making cinematic feature documentaries with international appeal on the themes of education, the environment and human rights.

Sandani has been producing her first short documentaries this year Beautiful Democracy and Water for Gold with Director Rose Archer. She has run two successful crowd fundraising campaigns for both of the projects as well as establishing a significant social media presence for the documentaries. She is also working on the development of a feature documentary on the subject of education.

I had to make this film. Too many people see the injustices of the world and feel powerless, as if they are an inevitability. But this simply is not true. The power structures that define the flow of resources both locally and internationally create many of the worlds injustices, and they can be changed. These laws are only fictions, written by people and they can be re-written to create a world where we value human rights over corporate rights. But the first step of the battle is for people to know, for people to understand the systemic injustice, so that we can cry out and demand change.

I was incredibly lucky to have the support of Loading Docs to create this film. The workshops were great, and it was really awesome to meet the other teams that were embarking on the same journey. Loading Docs provided invaluable feedback that helped us to make Water for Gold the best it could be.

Making this film has been the hardest, most rewarding thing I have ever done. Now I just hope that it will educate and outrage people.