For anyone of an ‘alternative’ sexuality, home can be a loaded concept, with its connotations of place, identity and security. In this film, a diverse range of the queer community talk to a self-operated camera about their personal experiences; sharing stories which are moving, humorous and compelling.

Filmmakers Robyn Paterson and Paula Boock have been a couple for over sixteen years, and thanks to the Marriage Equality Bill are now engaged! They met in Dunedin, lived in Wellington where their nine-year old daughter Poppy was born, and are now based in Auckland. As individuals they have both worked in the film & television industry for the past decade, but Queer Selfies is their first joint project.

Robyn Paterson’s most recent documentary feature Finding Mercy is still screening widely internationally and was a finalist in this year’s NZ Film Awards. Her experience is primarily in broadcast television where she has produced, written and directed across a range of genres (most recently for factual series Attitude, TV1). Robyn’s first job in television was as a presenter/director for Queer Nation and she has made two short comedies (Straight Hike for the Butch DykeandDisposable) which each won several awards at high profile international queer film festivals (Canada, Australia, USA and NZ). Straight Hike for the Butch Dykewas also purchased and screened by MTV Network’s Logo Channel in USA.

Paula Boock is a writer and producer with thirteen years’ experience in broadcast television. She is a co-owner of Lippy Pictures and has, with business partner Donna Malane, written and produced a number of award-winning telefeatures, such asUntil Proven Innocent, Tangiwai, Field Punishment No.1(forthcoming) and the docudrama Pirates of the Airwaves(forthcoming). They are currently working on a film adaptation of Kate De Goldi’s novel The Ten PM Question. As an author Paula won the NZ Children’s Book of the Year for her novelDare Truth or Promise, a teenage lesbian romance and has been a spokeswoman subsequently on a number of queer-related topics.

I was excited by this opportunity to work with short form documentary, something I have been interested in for some time. In the Loading Docs theme of ‘home’ and the concept of a crowd funding initiative, Paula and I also saw the opportunity to offer queer content – something which is difficult to do currently in New Zealand via mainstream channels and funding bodies.

In this piece we really wanted to experiment with the idea of an unguided interview – allowing people the opportunity to speak directly to an unmanned camera, at their own pace and in their own words. I’m interested in how candid and how diverse the responses are when people get to control their own interviews like this, in a ‘selfie’ type setting. The term selfie can sometimes attract negative associations of ‘narcissistic youth’ etc, but for many of us in minority communities there’s an important sense of empowerment in being able to control our own image. In the GLTB community particularly, we’re used to our image being manipulated or misused by media – so this was a chance to hand the power back, in a sense.

The idea was in part inspired by the opening titles of Orange is the New Black, which features a close up series of faces. The character and diversity in those faces tells a story in itself. Visually, the set up was based on wedding-style video booths – which can be remarkably engaging to watch even when you don’t necessarily know the bride and groom (or bride & bride, or groom & groom…!)

We’re really pleased we were able to film at Big Gay Out, because it is the biggest national gathering of the “rainbow community” and attracts such a diverse range of people from all around the country. We were overwhelmed with the response to the booth – we had over 130 people speak to the camera during the day.

Please support this film’s wonderful sponsors! Here are some goodies:

Keep loving your condom! LYC are providing us a space at the LYC Big Gay Out – thanks team.

Want some entertainment with a difference?? Tomboi Comedy will provide a night like no other!

Looking for cutting-edge couture and costume, darling? Look no further than Pollyfilla Productions

Don’t miss Doggie Style or The Great Auckland Pride Debate at this year’s Pride festival! And of course the rest of the fest too.

Thanks everyone. By supporting each other we can all make a difference. 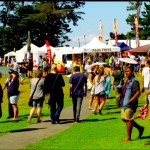 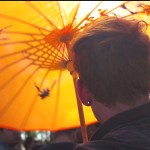 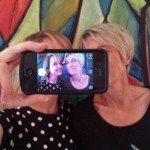 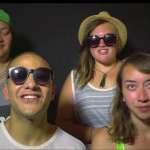 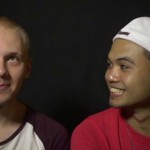 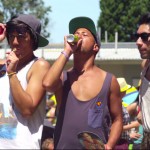