A cyclone threatens to destroy the harvest of Japanese winemaker Hiro Kusuda, forcing him to reflect on the fragility of life.

Kusuda enters the world of Japanese winemaker, Hiro Kusuda, during a particularly challenging harvest at his vineyard in Martinborough, New Zealand.

When a cyclone threatens to destroy his entire crop, Hiro can only hope his vines survive the stress. Hiro reflects on the uncontrollable forces of nature, his winemaking process, and the fragility of life itself. 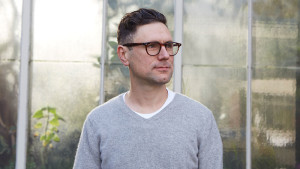 Henry Oliver is a freelance writer and radio producer. He is a regular contributor to Metro, HOME, Sunday, and Radio New Zealand’s Music 101 programme. He is the popular music critic for North & South magazine. He also co-wrote the book Art of the Band T-Shirt with Amber Easby. 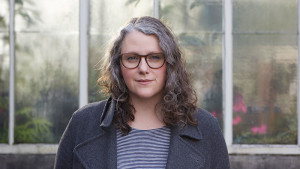 Amber is an independent producer and has produced a vast range of commercial, film and television projects, as well as music videos for Lorde, The Naked and Famous and Flight of the Conchords. She has produced several short films, including 43,000 Feet, winner of best short at the 2011 Traverse City Festival, and more recently, Baba, one of the films funded under last year’s Loading Docs initiative.

We first heard of Hiro about six years ago, relatively early in his winemaking career. We were instantly intrigued by this story of a Tokyo-salaryman turned diplomat, who had given it all up to study winemaking in Germany then relocate his family to Martinborough, New Zealand to start his own winery. Not only was Hiro exploring quite unusual flavour profiles for New Zealand wine but he was getting impressive reviews from big-name, international critics. We were also interested in what these critics were describing as the most rigorous and precise picking and grape sorting process they’d seen.

Our filmmaking process very much mirrored the experience you see on film. Getting our entire crew to the Wairarapa on short notice, to then shoot in heavy rain and strong winds was challenging, but like Hiro, we had to give in to the weather and let it lead our process.

We were amazed at how calm Hiro remained despite the impending cyclone and the threat of losing his entire crop. Rather than treating the cyclone as the dramatic midpoint to our story, we saw it as a catalyst to explore Hiro’s philosophies as a winemaker, which is what makes him truly unique. Ultimately Hiro’s reflections on nature, winemaking and the fragility of life are what shape the three-minute film.