Only a few months after the completion of this short documentary, Kotuku died in his sleep. So his ‘rerenga rua’ – his ‘second flight’ – was far shorter than we had all had hoped for.

The consolation we are left with is the legacy of love and culture he shared in the making of Kotuku Rerenga Rua and the fullness with which he lived the last year of his life. Our love and gratitude will always be here for Kotuku and Te Ō Kahurangi and their bravery in the presence of loss and life’s end. Ae ra Kotuku, ko to rerenga rua he rerenga poto, engari he rerenga hōhonu, he rerenga teitei, he rerenga mīharo, he rerenga aroha. Rere tonu atu rā e te rangatira.

A larger-than-life Māori academic is returned to the land of the living by the power of love and the strength of his culture.

Kotuku Rerenga Rua follows Kotuku Tibble’s struggle for love and redemption as he battles through physical and spiritual illness to become the husband, father and tribal leader he was meant to be.

This beautiful short is a celebration of life and love in te reo Māori.

The te reo Māori content in this short documentary has been made possible with the support of Te Māngai Pāho. 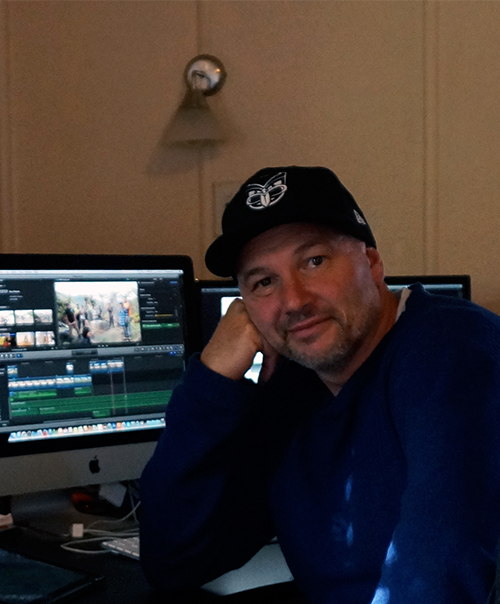 Tim Worrall (Ngai Tūhoe, Te Arawa) is an award winning screenwriter, director and graphic designer based in Rotorua, New Zealand. Much of his work is inspired by his Māori heritage. Recent screen work includes: his own short films The Road to Whakarae (with Aaron Smart) and Tits on a Bull; writing stints on television dramas This is Piki, Kairakau and Head High; as well as writing and directing for the comedy series Only in Aotearoa. Tim’s design work includes graphics for Team All Blacks and the 2017 Lions Tour. He is married to Taria Tahana with whom he has two sons – Tiki and Tanu. 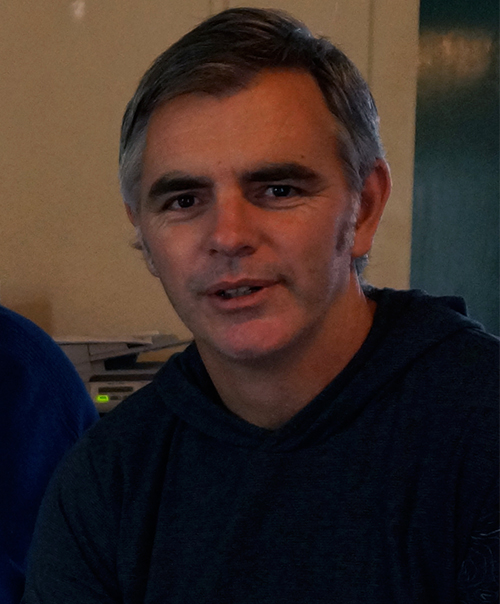 Aaron Smart is an award winning documentary filmmaker and co-owner of Shine Wedding Films based in Tauranga. A lot of his work is inspired by his love of the outdoors and in particular trail running and ultra marathons where he has produced the official documentaries for the Tarawera Ultra Marathon, Waitomo Trail Run and the Hillary Ultra. Recent screen work includes: his own short documentary films The Woman Who Eats Weeds, A Forest Forever, The Road to Whakarae (with Tim Worrall) Just Keep Running and the Training for an Epic series. He is currently writing his first dramatic short film.

A reo Māori story with kaha (strength) and kiko (substance) that is also inspiring’ – this was the private challenge we set ourselves when approached to throw our hats in the ring again for the highly contested Loading Docs initiative (having already made a Loading Docs project – The Road To Whakarae – in the scheme’s inaugural year).

We gathered ideas that could meet this challenge and top of that list was Kotuku Tibble’s story of death and rebirth. While we have all heard transformative stories of near death experiences, Kotuku’s had something extra via the special characteristics of the man himself – his acute intelligence, strong reo Māori, disarming honesty, physical and spiritual challenges and his ease in front of camera. What we didn’t anticipate was the hugely, powerful contribution Kotuku’s wife, Te O Kahurangi, would make and how this would ultimately shape the film into a Māori statement about love’s redemption.

Working with the Loading Docs crew again has been a joy. They continue to set the bar for screen initiatives that are future focussed and fully committed to the genuine development of documentary talent in New Zealand. I believe they will quickly become an international case study in how to do it right. Nga mihi maioha ki a koutou Julia, Anna, Nia, Sandy, mā.