Heeding God’s word, an Englishman travels to New Zealand to learn Māori so he can spread God’s love in te reo.

At the beginning of the 19th century, te reo Māori was the most commonly spoken language in Aotearoa (New Zealand). It is now considered one of the world’s most endangered languages.

Inspired by a call from God – and a line in Aotearoa’s national anthem – John Catmur moves halfway around the world to immerse himself in the world of Māori not just to save souls but to save an oppressed language as well. Speaking only in te reo Māori to make the most of a majestic oratory tradition, this dedicated Baptist minister shares his remarkable passion for a language in peril. 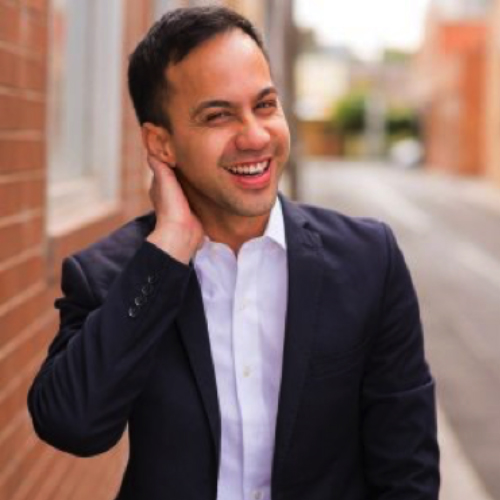 Kayne Peters entered television as a Kids TV presenter for TVNZ Kidzone and went on to study a postgraduate diploma in journalism at AUT University.  Kayne has since written for the Dominion Post, Waikato Times and stuff.co.nz.  He has also worked as an Assignments Editor and Junior Reporter for One News and a reporter for TVNZ 1’s Marae. Kayne joined Māori Television in 2016 to help with the editorial and online content for Kawekōrero Reporters. He now works as a content journalist for Māori TV’s online platform and freelance story produces for Red Carpet New Zealand and Native Affairs. In Kayne’s spare time he works as an actor, voice over artist and is now making the move into filmmaking. With over 9 years working in Māori programmes and content Piata is passionate about telling Māori stories in a uniquely Māori way. She worked on TVNZ’s Waka Huia programme as a reporter/director and produced over 30 half hour documentaries in te reo Māori. Prior to this she worked in television for tamariki and iwi based programmes. More recently, kaupapa Māori shows and content continue to be her passion with credits for Māori Television, TVNZ, and Duke channel. Currently she is reporting for a Māori current affairs show – Marae.