An elderly Turkish migrant now living in New Zealand recounts his early days as a refugee in Auckland, as told to his grandson Joel. Memories are animated to echo the colourful, stream of consciousness storytelling and to capture the mindset of an aging man whose memory is starting to fade and sometimes struggles to be understood.

Director Joel Kefali
Joel is a local director, with a background in painting, animation and design. He was co-founder of creative studio Special Problems.
Joel’s work includes music videos for Lorde, The Naked and Famous, Flying Lotus, Zowie, David Dallas, The Mint Chicks and Flight of the Conchords.
Joel also co-wrote and co- directed Echoes, a short film produced by The Weinstein Company, which recently won Best Short Film Script at the New Zealand Film Awards.

Amber is a freelance producer, overseeing a vast amount of music videos, television and commercial campaign both locally and abroad. She has worked alongside Joel in producing music videos, most recently for Lorde, The Naked and Famous and David Dallas.

Loading Docs, for me, presented an exciting opportunity to bring to life an animation-based short documentary idea that I’ve had for a long time. I like the one to one relationship a filmmaker can have with their audience when sharing their work online. The Loading Docs format and crowd-funding approach brings this relationship full circle and allows me to share a particularly personal story within the online community.

Baba is an animated interpretation of a conversation with my Grandfather. With every year that passes, my Grandfather’s accent seems to oddly get stronger, his memory in parts a little more patchy, his stories more elaborate and his history a little more mysterious.  Animation allows us to interpret his words in way that is larger than life, adding a touch of imagination, fantasy to reality. Memory is a funny thing, past events can often seem greater, more dramatic when looked back on. Beginnings and ends to eras and events can become blurry and  I think this is why animation is a fantastic medium to tell this story. Animation helps convey the subjectivity of memory and allows us to shift from present day to the past within the same frame and with a consistent visual language. 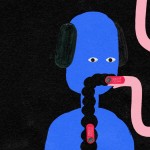 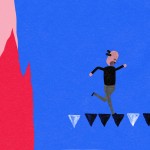 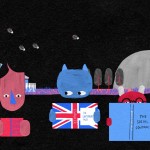 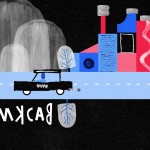