Wayne, a man with limited communication skills learns the harsh reality of love and romance. Nigel, his support worker and friend guides him through this puzzling human condition, but Wayne has ideas of his own.

Wayne is cared for and supported by “The Supported Life Style Hauraki Trust’  in Thames. New Zealand. An exceptional community within a community, an alternative approach to supported living.
726 Queen Street
PO Box 524
Thames
07 868 5038

Just a quick note of praise for “Wayne”

” To me a good film should take me somewhere new and challenge me in some way – Wayne did that. It took me inside Wayne’s head, which is a challenging place to be.
It also showed the fragility of human life – which to me, is a life affirming experience.”

Kirsty began her photographic career in 2002 as an onset unit stills photographer for both New Zealand and international feature films.
During this period she pursued her documentary career working for NGO’s Child Fund in East Timor, World Vision in Cambodia and South Africa, The Doe Fund in New York and NZ Aids Foundation in Tonga.
In 2010 she relocated to New York to attend the Photojournalism and Documentary Photography School at the International Centre of Photography, where she received the Helen M Stummer scholarship.
http://kirstygriffin.com/

Viv started working in the NZ film and TV industry in the mid 80’s, with a successful 20 year career as a Set decorator working on local and international Feature Films, TV Commercials and Television shows.
In 2010 the opportunity came to accompany Kirsty on her Photojournalist studies in NYC. By pooling their talents and combined experience in the film industry they started ‘Bella Pacific Media’ in 2011.
They have now collaborated on 4 completed projects, with 2 in development and a 60 minute documentary currently in post production.

We were drawn to Wayne because of his challenging behaviour and how this has slowly changed since he’s been given the opportunity to live in a home of his own.
His unpredictable nature made it a challenge to film at times and he didn’t want anything to do with us for the first little while. We gradually got to know him and once we introduced him to the radio microphone and showed him how the camera worked, he was hooked – he wanted to be part of it. Eventually, his world opened up to us, particularly his attachment to Rachel and the intense relationship with Nigel his support worker.
Wayne showed us the simplicity and fragility of life. We no longer identify him as a man with an Intellectual Disability, but just another guy trying to figure out women and his relationship with them.
We feel very privileged to be part of the Loading Docs initiative, especially as we are a new media company. To be given the opportunity to be amongst such fine filmmakers and to be mentored by people with far more experience in documentary making has been invaluable.
Working with Julia Parnell and Anna Jackson as the executive producers has been insightful, their constructive critiquing was an enormous help , enabling us to step back from the emotional attachment we have with Wayne, and to make a 3 minute story about a guy deserving of a longer film into a succinct 3 minute film with a beginning a middle and an end. 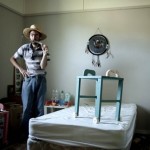 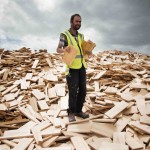 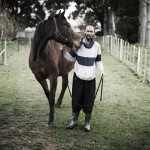 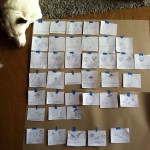 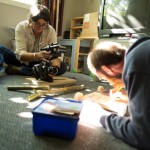 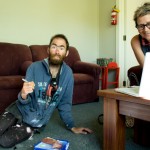 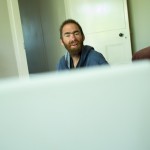 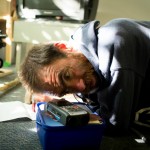 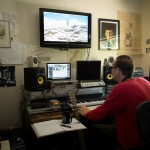 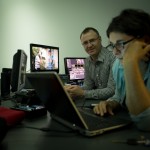 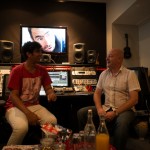