Madness Made Me was one of the five short documentaries that was selected to premiere in the New Zealand International Film Festival 2015.

Down the end of the long polished corridor, Mary O’Hagan comes face to face with the condemning words written about her in her psychiatric files.

Madness Made Me is a visual poem that grapples with two very different accounts of one person’s madness, and in doing so addresses issues of the power of language, asking: is there value in madness? 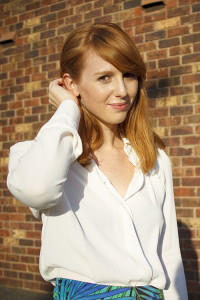 Nikki Castle graduated from the University of Auckland with a Masters in Screen Production, and has a long-standing career as an editor of documentary in New Zealand and Canada. She has edited numerous award-winning television series’, including The Green Chain (Best Documentary at the NZ Film & TV Awards).

Nikki splits her time between Auckland and Melbourne, where she directs commercials, short documentaries, and music videos. She has an acute interest in political and social issues, particularly through an often-neglected female perspective, and is currently developing a comedy web series with Australian comedian Nat Harris. 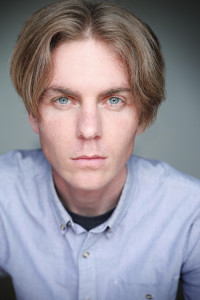 He and Aidee are the co-founders of Humans, an independent production company dedicated to the creation of unique visual arts.

Madness Made Me is the cinematic exploration of a subject that often defies description. Through the exposition of two different accounts of one person’s madness – the doctor’s and the patient’s – a stark and frightening disconnect is revealed.

Things may have changed in New Zealand mental health since the 1980s, in part due to the decades of work done by the film’s subject Mary O’Hagan, but societies the world over still tend to privilege the opinions of ‘experts’ over first-hand experience. My hope is that this film not only encourages independent thought on issues surrounding mental health, but also instills a deeper understanding of what it might mean for a person to experience ‘madness’, and questions how as a society we might emphasize the value of these experiences.

Loading Docs has provided a foundation for learning to create impactful stories within strong boundaries. As a director, I’ve come away with a much greater understanding and appreciation for short format films. It’s forced me to be intensely critical of every frame of the film, from the script right through to the colour grade. I also believe that this short format helps films find an audience where they might otherwise be too confronting or too niche.