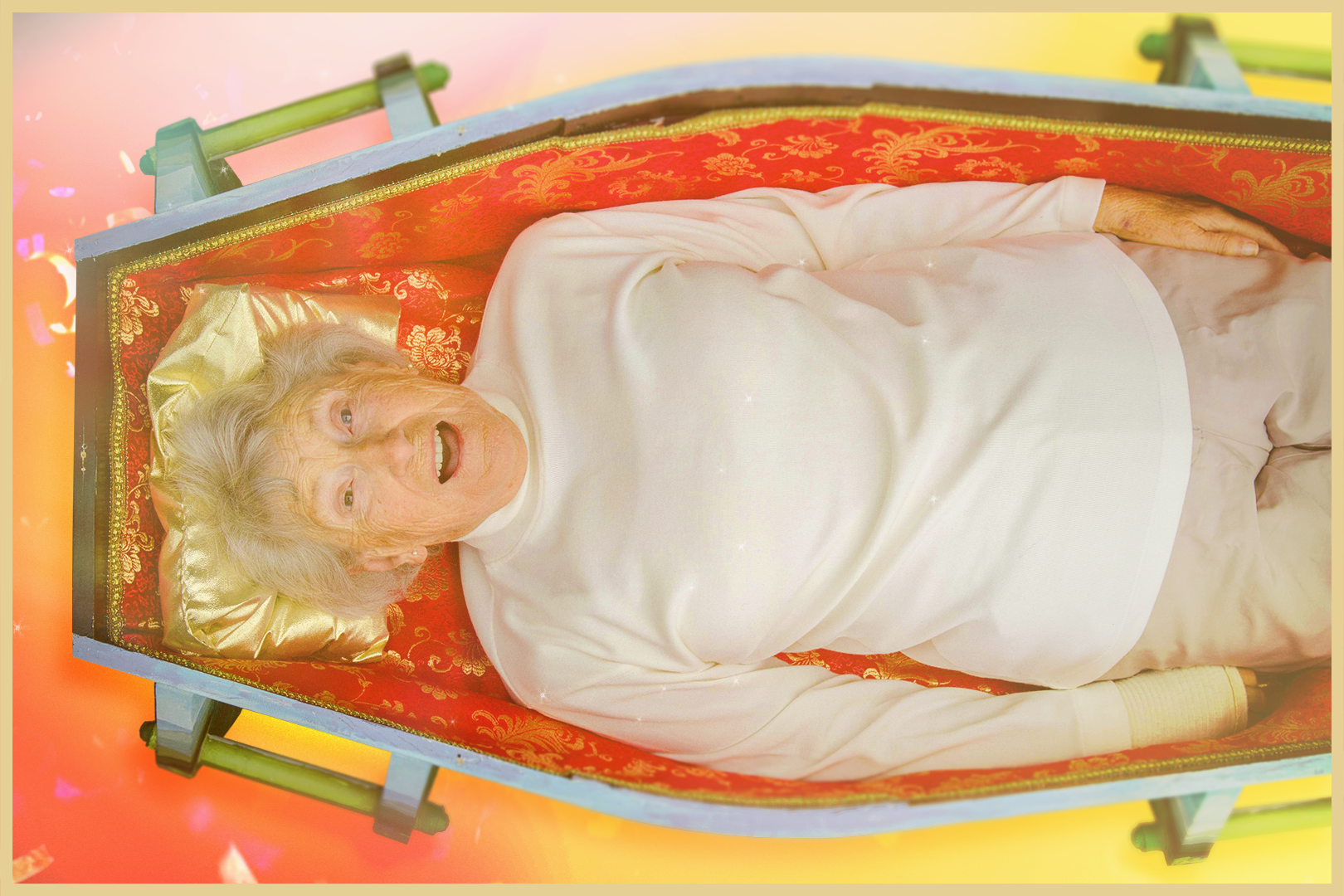 Ever thought you would have the chance to see elderly sing and dance about creating a coffin? Now you do.

West Auckland film maker Briar March said she had read about The Coffin Club and found it so interesting that she wanted to create a musical film about it.

The Coffin Club is a community group based in Rotorua for elderly who build and decorate their own coffins, March said. 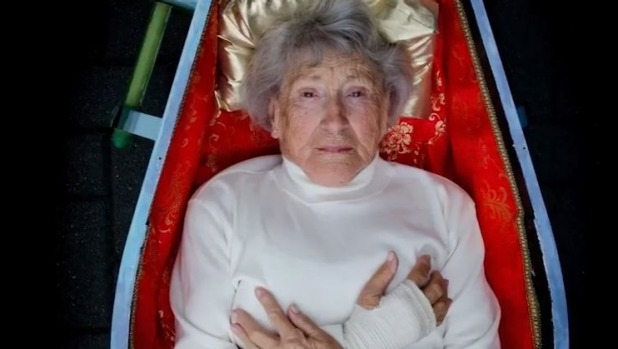 “They are having fun and creating a joyous celebration out of something that could otherwise be a scary and not so open subject that people want to talk about.”

The opportunity to create the film came about when Loading Docs, a launch pad for New Zealand short films, wanted proposals.

The Bethells Beach mother-of-one pitched her idea to put The Coffin Club on screen.

“I think people can expect to laugh and feel inspired. Maybe even enlightened.” 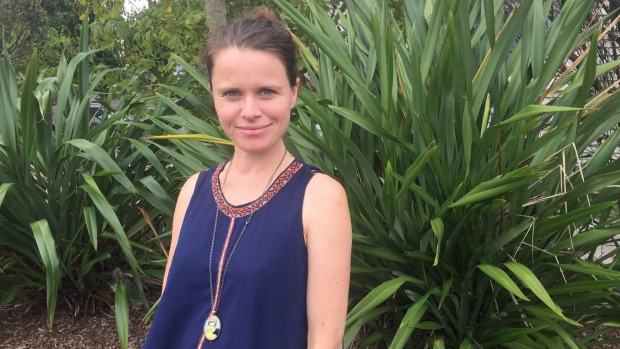 The three-minute film is a mix of both documentary and musical, March said.

She said creating a musical put a “celebratory spin on the whole concept”.

“I think that’s what The Coffin Club members are doing too. They are having fun and creating a joyous celebration out of something that could otherwise be a scary and not so open subject that people want to talk about,” she said. 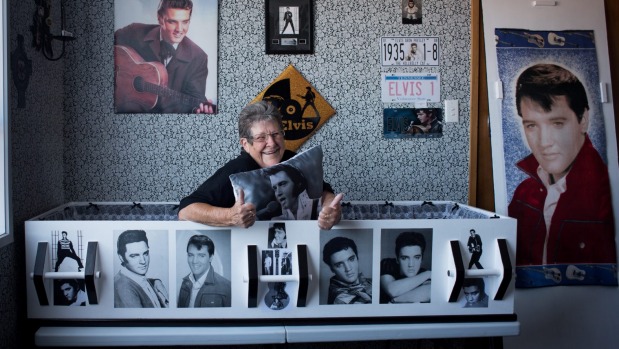 The Coffin Club member Raewynne Latemore with her Elvis-inspired coffin.

The film will include song and dance, with The Coffin Club’s members as the cast.

March said they will shoot over two full days and allow time for anything that may need to be done again.

She said the process is very complex and they are working out the best way to tackle it as they go. 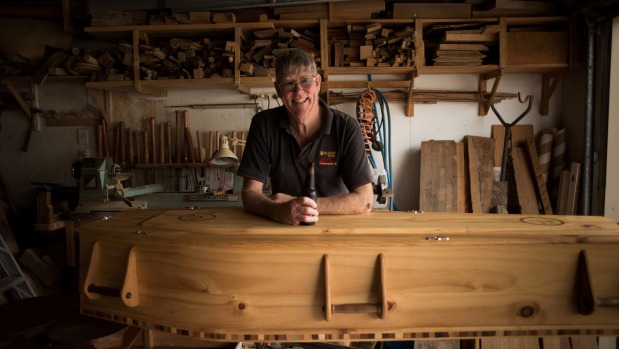 The Coffin Club member Dave Page with the coffin he designed.

“We can’t expect some of these oldies to stand for long periods of time. We have to figure out ways of filming it where we are not exhausting our talent,” March said.

The film will be released online in July onto the Loading Docs website. It will be accessible for free.

March said they chose to make it free because the main goal is to share The Coffin Club with people all over the world who may want to create their own. 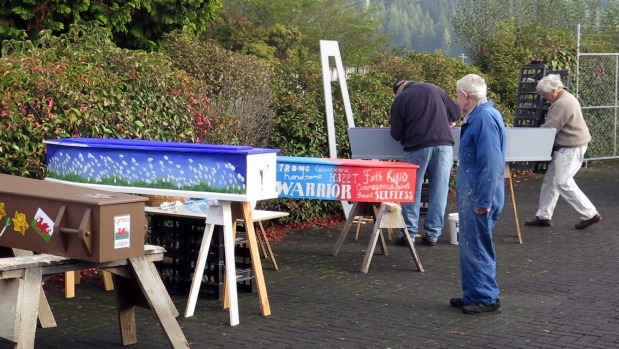 Rotorua’s The Coffin Club members working on their coffins.

The film’s budget is solely dependent on how much money can be raised through crowdfunding. Ideally, March wanted to raise $20,000.

To donate to The Coffin Club film, visit boosted.org.nz