Fantasy Cave was one of the five short documentaries that was selected to premiere in the New Zealand International Film Festival 2015.

A group of cave dwellers beaver away night and day to create an immersive fantasyland, but is it really for the children?

Hidden in the provinces of the North Island of New Zealand, one attraction has been entertaining children and adults alike for 25 years. What started as a Christmas Cave has bloomed into a dense, highly detailed labyrinth of animatronic curiosities. Fantasy Cave seeks out the secretive ‘Cave Dwellers’ in Dannevirke responsible for its existence and asks the question: why do we create? 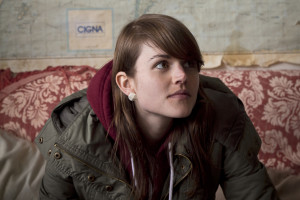 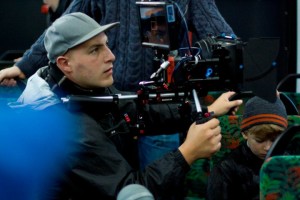 Matt Henley has been working as a director of photography in Wellington for the last five years, shooting short films, music videos, special effects/animation and commercials. His work has screened at Camerimage, Clermont-Ferrand, NZIFF and Locarno.

Michelle and Matt were drawn to the aesthetic of Fantasy Cave; the visual possibilities when captured in camera and the driving force of the ‘Cave Dwellers,’ a collection of Dannevirke’s more senior of citizens. The combination of the live animatronics and light displays with the passion and activity of these people was enticing. What drove this group of retirees to spend so much of their personal time working on this curiosity?

From the outset the Cave Dwellers welcomed us with open arms and allowed us to film, without question, every element of their life in and at Fantasy Cave. It is not often that the older generations of New Zealand society get given an opportunity to express themselves which made this project all the more satisfying – being able to give this group of people a forum to be celebrated in a different arena.

Loading Docs is a forward thinking initiative which is allowing these sorts of stories to be brought to the forefront of New Zealand’s collective consciousness using contemporary forms of media – something which has recently been missing from our national media and storytelling.