Dancing in the Dark was one of the five short documentaries that was selected to premiere in the New Zealand International Film Festival 2015.

Dancing in the Dark sheds light on the transformative power of dance.

Dancer Peter Vosper sheds light on what happens on an average weeknight when a room full of strangers is enclosed in a dark room. Individuals unite at No Lights No Lycra to lose their inhibitions and cast off their social masks in the absence of criticism. The shy dancers are immediately electrified as they exit out of the doors of Grey Lynn Library Hall. A journey into the transformative power of dance. 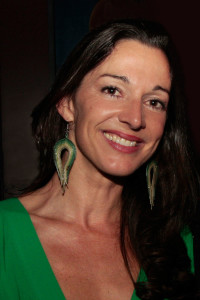 Rowena is an independent filmmaker who obtained a Masters in Science Communication Documentary Filmmaking at Otago University.  She has since had three short documentaries in international film festivals (The Contract; Malandro and River Rehab) and is currently heavily involved in the Vanuatu Music Revival Project.  She is motivated by the opportunity film offers as a catalyst for social change. 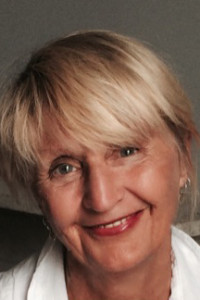 Producer Paula Jones
Paula is the producer of the feature documentary Hip Hop-eration, triple award winner at the 2014 New Zealand Film Awards including Best Documentary, and winner of the coveted Audience Award at the prestigious Santa Barbara Film Festival. She has mentored hundreds of young filmmakers in her career as Head of Production and Training at South Seas Film and Television School and has enjoyed wide experience as a researcher, storyliner and production coordinator for Television New Zealand. She is currently an independent producer with several exciting features at various stages of production and development and proud to be associated with Loading Docs New Zealand 2015 and talented new Kiwi Director, Rowena Baines.

Loading Docs has been the perfect platform for me to explore the world of short film even further. A three-minute film was a new challenge for me! Dancing in the Dark was yet another opportunity for me to show the positive effect of dance. I wanted to capture the magical transformation I witnessed at ‘No Lights No Lycra’ after a Monday night blow-out.  Peter Vosper stood out amongst the regular ‘No Lights No Lycra’ crowd and revealed a very interesting character behind his mask.