Quirky Kiwi short film The Coffin Club has been accepted to screen at South By South West in Austin, Texas, one of America’s most popular film festivals.

Created by filmmakers Briar March and Kim Harrop, the comedic documentary musical features a group of free-spirited seniors from Rotorua who formed the community group to construct and customise their own low-cost coffins.

“We’re so excited and honoured to screen at South By South West,” Harrop said.

“The festival celebrates the offbeat and the innovative, so it’s a great home for our crazy little film.” 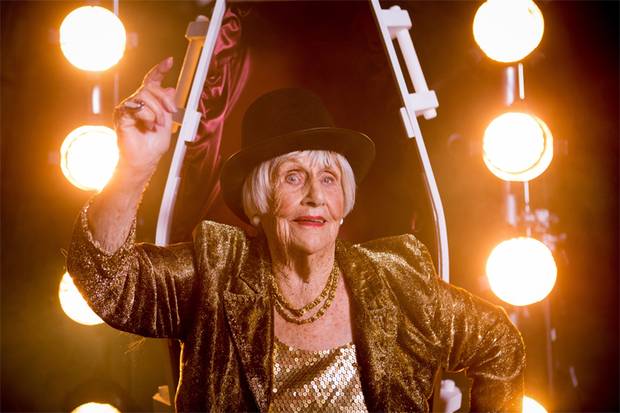 Katie Williams, who started the Rotorua Coffin Club in 2010, said interest in people getting together to build their own DIY coffins – with the aim of helping people feel in control to the end – had seen many other clubs pop up around New Zealand and she had had inquiries from all over the world.

Part of the Loading Docs collection, and funded by NZ on Air, the Film Commission and Te Mangai Paho, The Coffin Club brought home a Silver gong at the NZCS Cinematography Awards last year and has gained widespread international attention since it’s release in July 2017.

Members of the Rotorua Coffin Club were shown the film at an Oscars-style red carpet premier event in Rotorua last year.

“We saw it, it’s absolutely fabulous, we were all blown away,” Williams said.

“All of our stars were there for the red carpet do. It was a magical night for a whole bunch of oldies.

One of the stars of the film, Jean McGaffin, died in December.

South by Southwest is an annual conglomerate of film, interactive media, and music festivals and conferences that take place in mid-March in Austin, Texas. It began in 1987, and has continued to grow in both scope and size every year.