Faye Rogers’ animals speak with her about crime shows and American politics. The New Zealander is an animal communicator who helps others better understand their pets.

Ollie Lucks introduced me to Loading Docs and for that he will always have my thanks. We had been friends for many years and always wanted to work together. This seemed like a perfect opportunity and when our short Wilbur Force officially made it onto the slate of LD2015 things got intense.

An email arrived inviting us to Auckland to meet the nine other LD teams for a two-day immersion in story, distribution, and marketing strategy. The diligent LD team sent us a detailed plan of the weekend including maps, parking, homework, and even a reminder to bring pen and paper. Bless the attention to detail of production teams.

When we met the other teams I was struck by the diversity of storytellers as well as by the stories they were going tell. It was at this point I knew we were part of something that had been very carefully curated.

Over two short, whip cracking days we and the other nine teams were put through our paces by industry experts. Publicity and media strategy from Anna Dean, crowdfunding for our impending Boosted campaign with Anna Jackson, and treatment development with Kathryn Burnett.

The experience of these two days alone was worth the application process.

Maybe you’ve made a film or two and know the juggling, the problem solving, the wrangling and late nights that go with a shoot. Ours was just like that. Complete with snowstorm, shooting our talent in Lycra during ball freezing winds (or so I was told), and pushing the now dead car down the road to get that last shot. 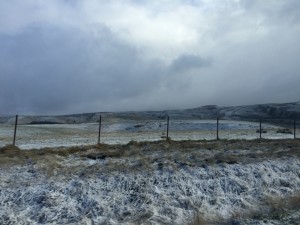 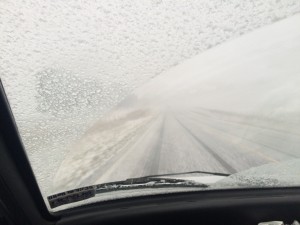 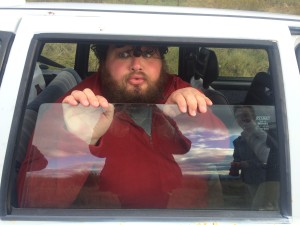 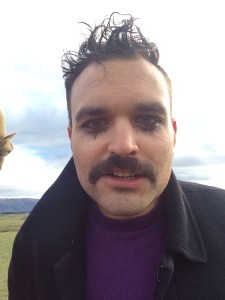 The due date rolled around quickly with long nights for Ollie in the edit suite with the colour grade team from Toybox and sound mix team from Sale St Studios (both provided by LD). Then all at once it was the premiere. 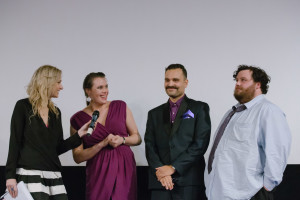 For a director, having 3 minutes of creative freedom is pretty much unheard of unless you’re Orson Wells or you’re in tertiary education. So this was obviously a very special element for Ollie. However, for me, as the producer, that’s not the bit that was remarkable about being a part of Loading Docs.

For me the takers-of-the-cake were the two workshops. The first gave everyone a chance to help develop the other teams’ concepts, and to get insights into your own. After the first workshop their stories disappeared into the black box of production, only to reappear shot and polished on the big screen.

The premiere was the big reveal for everyone – even Ollie and I hadn’t seen the final grade – and it created a special buzz in the theatre.

The second workshop was after delivery, after the premiere, and after I expected anything more from Loading Docs. They’d managed to wrangle a day with Rebecca Howard, the then online content director for the New York Times. I learned more from her about the changing face of the production industry in one day than in weeks of research. The personal contact time she gave us was invaluable to our distribution plan for Wilbur Force.

The support and opportunities kept coming from the LD team. We were given the chance to meet the Director of India’s Daughter, a chilling and rigorous story about Jyoti Singh, her perpetrators, and the attitude towards women in India. I was recently in Delhi and curtains are now illegal on buses because of this case.

Bottom line. I was pretty busy when the Loading Docs opportunity came along with a full time job and several other projects, but I grabbed it with both hands and I’m so very, very glad I did.

With a healthy mix of imagination, balls and roughly remembered Newtonian physics, a kiwi bloke jumped off a bridge in 1980 and started what has become a worldwide phenomenon. ‘The Jump’ is an original story of bungee jumping and its unsung creator Chris Sigglekow unearthed by filmmakers Alex Sutherland and Rebekah Kelly. A Great Big Story by our friends at Loading Docs.

Peter Vosper leads a double life, engineer by day, dancing neon robot by night. He leads “No Lights No Lycra,” where dancers lose their inhibitions and cast off their social masks. Our friends at Loading Docs show that life is better when you let it all hang out.