I was stunned, delighted, knocked out. More importantly, I was moved. At one point I reluctantly tore myself away from the screen, dashing outside to haul in the washing during an afternoon sun-shower, but my cheeks were already wet before I made it out the door. A film called Gina had, in three short minutes, broken my heart.

Innovative local film project Loading Docs was tailor-made for a big sook like me. Here, in glorious hi-def video, are fellow New Zealanders telling stories packed with emotion. The catch? They have just three minutes to do so.

The concept is simple. Each year, ten teams of promising documentary makers are mentored while they make a short doco, with funding from the NZ Film Commission and NZ On Air. The filmmakers have to pitch, write and develop the story, shoot and edit it, and crowd-fund some of the money themselves. But most of all, they have to learn to cut to the chase.

These are docos that capture your attention, make a few strong points, then they’re gone. Thank you and good night. Roll credits. Their brevity is extraordinary, given their impact. It is like comparing the overheated waffle of this column with an elegant haiku. This is storytelling with all excess baggage stripped away, which is an inspiration to a long-winded soul like me.

“The project has a strong professional development focus,” says Julia Parnell, an award-winning doco maker who executive produces the series alongside AUT media academic Anna Jackson. “It makes filmmakers really hone down what they want to say. Three minutes is long enough to use innovative cinematic techniques and deliver a strong message, but short enough that people will watch them and pick up that message. That time constraint makes a filmmaker get straight to the heart of their story, and then later on, they can take what they’ve learned into making longer films.”

END_OF_DOCUMENT_TOKEN_TO_BE_REPLACED

Wilbur Force was a former champ in the field of New Zealand pro-wrestling. But, as the saying goes, the higher you climb the further you have to fall. And, after a few glorious years at the top of the pro-wrestling food chain, Wilbur (real name William McDougall) found himself back in his hometown, unemployed, and out of shape.

That’s where we meet him in three minute documentary Wilbur Force, part of the Loading Docs series, which is directed by his friend and now life coach J.Ollie Lucks. Knowing he was down on his luck, Lucks seeks to get out of this rut and re-boot his career.

So he made this tragicomic offbeat tale, succinctly told in the three minutes it has, to help him do that.

Lucks says the film, along with motivating McDougall to get back to being the great entertainer he once was, is also about “Holding on to one’s best self and having a mate to remind you what your best self was.”

The good news? “The film did actually make him get off his ass.” says Lucks. “He will be wrestling again for the first time in three years, this August.”

Loading Docs is a New-Zealand production company that helps nurture local talent. They work with filmmakers who aim to captivate audiences with stories strong enough to be told within three minutes.

At heart, this particular documentary is a story about the different ways we feel comfortable to communicate.

For Tihei it’s through freestyle rap. The moment he starts singing you can see his confidence rise. It’s incredible to believe he can string together the rhythm and rhymes on the spot.

But that’s just the surface of the story.

As you listen into what Tihei has to say, you become aware of the struggles he has faced and you can’t help but appreciate the beauty in the freedom of freestyle rap.

You can watch more from the guys at Loading Docs over here.

Loading Docs is a New-Zealand initiative producing 3-minute short documentaries with the aim of captivating and inspiring audiences around the world.

In this video, director J.Ollie Lucks’ tells the story of former NZ-pro wrestler and close mate Wilbur Force who is looking to reconnect with his glory days.

Witness the not-so-gentle ribbing between friends as Lucks’ pushes Wilbur to get his life back together while the former-wrestling star resists his mates encouragement and criticisms of laziness.

You can see more from the team at Loading Docs by visiting here.

Peter Vosper is an engineer by day, but at night he can be found dancing in the streets in a glowing body suit. This short documentary follows Vosper to No Lights No Lycra, a weekly dance event where strangers come together in a dark room to see where the music takes them. “It feels like you are in some music video,” he says. “The feeling I get when I’m dancing in the dark—when you’re free and connected with your body and the community—has basically been the driving force behind my art.”

This woman has been forced to live blindfolded in her dark bedroom with headphones over her ears ever since a crippling genetic disorder took hold of her body.

Gina, who is in her mid-40s, has been bedridden in her New Zealand home for several years due to an extremely rare illness that affects her eyes, ears, larynx and joints.

Sound and light cause her body further damage and Gina is unable to talk – she can only communicate through the use of a touch alphabet system.

The condition, which she has had for a decade and doctors haven’t been able to explain, has made it impossible for her to participate in every day life.  END_OF_DOCUMENT_TOKEN_TO_BE_REPLACED

The woman who has spent the past TEN YEARS in a blindfold: Sufferer’s rare illness causes her excruciating pain when she is exposed to sound and light October 12th, 2015Loading Docs
Sticky Post By Loading Docs Posted in Media Permalink 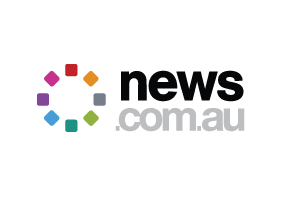 Gina has told her story for the first time to documentary makers, revealing she has nothing left to live for and just wants to die. The problem is, her government won’t let her.  END_OF_DOCUMENT_TOKEN_TO_BE_REPLACED

What kind of condition forces someone to be trapped in bed, unable to move their body while they suffer in complete darkness? Well, we can’t tell you — because doctors can’t diagnose it.

For Gina, a New Zealand woman in her mid-40s, the condition is a very real, very painful situation she’s endured for more than a decade. Her illness leaves her body in an incredibly fragile state, unable to use her voice or move her limbs. She spends every day in bed, wearing a blindfold and earphones; sunlight and sound bring her too much pain.

As reported by news.com.au, a new documentary called One Woman’s Fight to Die, directed by Wendell Cooke, follows Gina and her request to die from voluntary euthanasia. Using a touch alphabet to communicate, Gina explains that she wants her doctor to give her medicine that would send her to sleep and allow her to die a humane death. But New Zealand does not allow assisted suicide. In the United States, it’s legal in Montana, Oregon, Vermont, Washington and some parts of New Mexico, according to CNN.

No matter your stance on assisted suicide, this short, three-minute video is a heartbreaking insight into one woman’s struggle to survive a life restricted to bed.

LET’S GET READY TO RUMBLE!! Weighing in at 3mins & 30secs and coming straight out of the Loading Docs stable, J.Ollie Lucks’ high-tempo short Wilbur Force is a heavyweight example of just how much fun you can pack into such a tight duration. Piledriving his camera into the face of ex-pro-wrestling star and friend Wilbur Force, director Lucks has created a hilarious, yet touching short that centres around themes of friendship and fame.

Created as part of the Loading Docs series, an initiative that produces short (3-minute) documentaries to help promote and develop New Zealand filmmaking talent, director Lucks admits the main inspiration behind by his short, was the desire to work with his friend. “I always wanted to make films with Wilbur”, he says, “it started out as a straight-up documentary about the challenges he deals with regarding his weight etc. But then life happened. Wilbur happened… and things took a different turn….I set out for the process of creating this documentary to help Wilbur get off his ass. And it totally worked…There is a saying that I like and want to address with this film: What if the man I have become gets to meet the man I could have become. Holding on to ones best self is so important but quite hard at times. We all know what it is like. Thereby this documentary is also about the importance of friendship in reminding you of your former, best self”.  END_OF_DOCUMENT_TOKEN_TO_BE_REPLACED